I almost wanted to title this post "Things my cat ate this weekend that were NOT kitten food".  Luckily, that passed, mostly because I didn't get to nab pictures of her eating several post-its, part of a sweatshirt, the rim of my foliage hat (I made that one in 2008... talk about a knit that's been around the block...), and some egg shells that Scott left on the counter.  We actually chased her trying to get the last bits of the eggshell out of her mouth, but she dashed under the bed and gulped the remainder of them down. 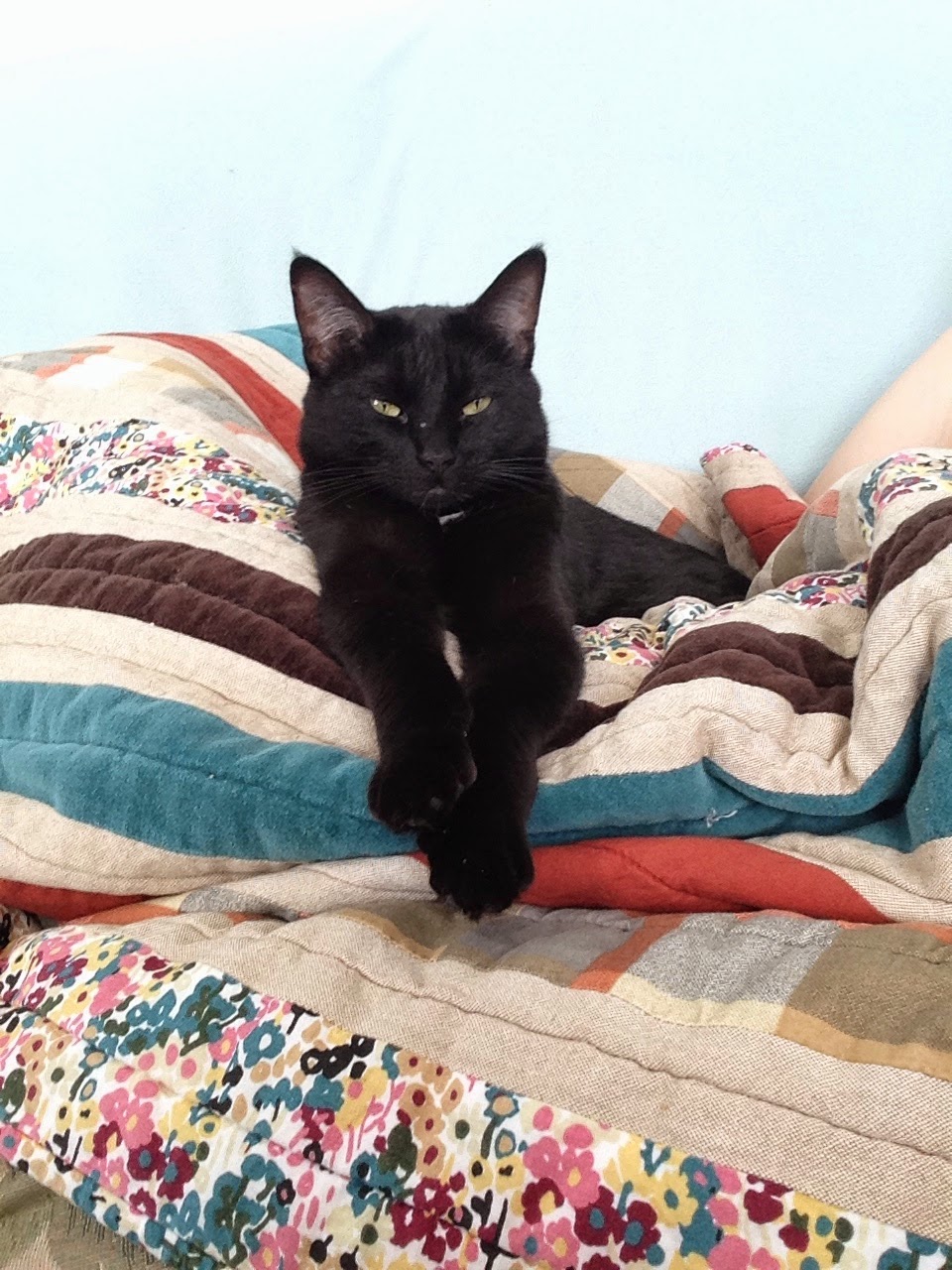 Stupid cat.
It was one of those weekends where I get a lot done, but it's the boring stuff.  For instance, the legwarmers aren't any further along.  The cowl received like three more rows tops.  I haven't touched the giraffe in ages.
But... the laundry is done, the house is really clean for the first time in ages, and I made a dent in the pile of papers I need to grade. 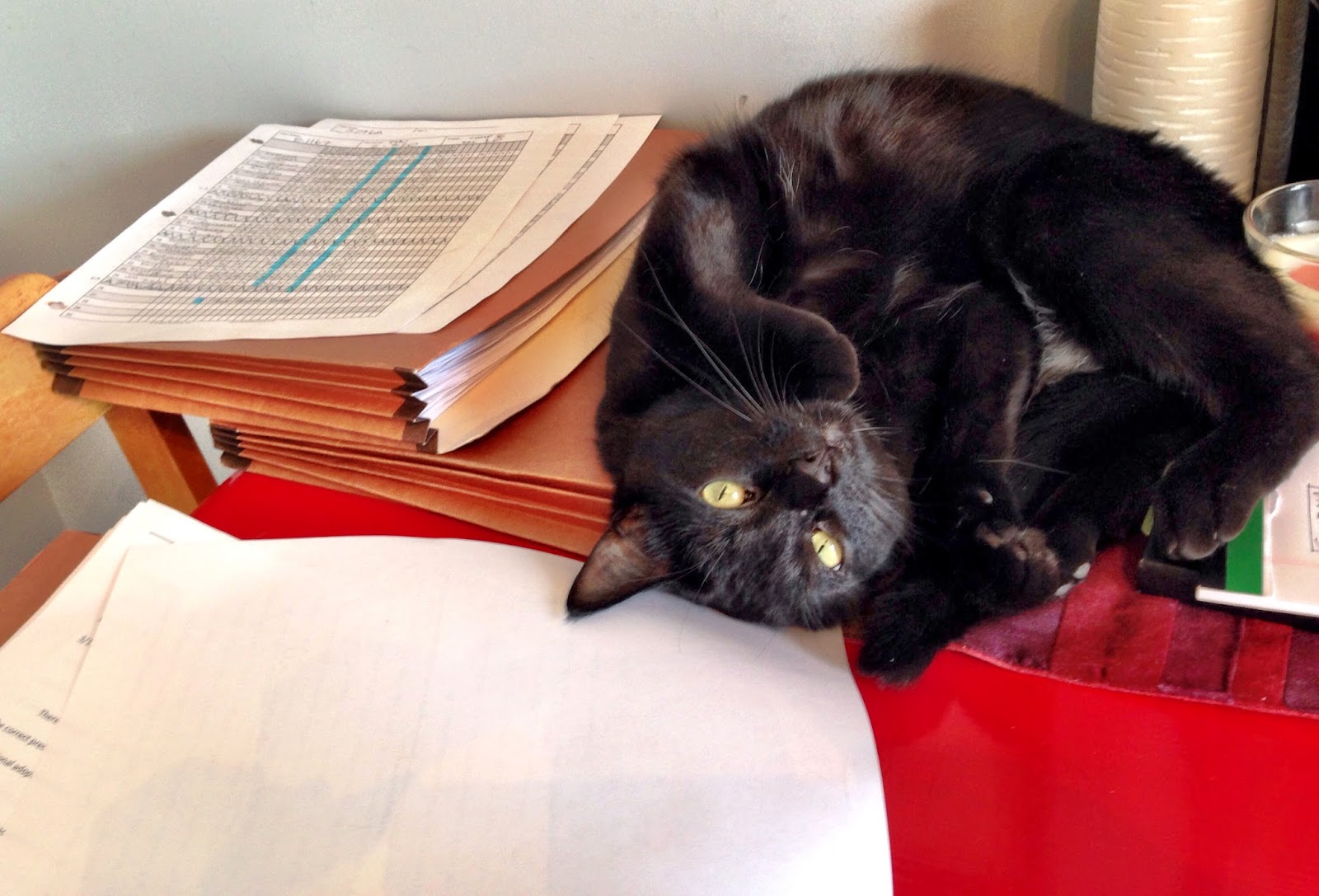 (Notice that Maeby seems to require my attention even when I'm grading and she's been fed.  Monster.)
I even cleaned and put away all of my ice climbing gear, since the 40-degree days have destroyed any semblance of ice, mixed, or dry-tool conditions at our local crags.
And I did most of it by myself, as Scott was off in Chicago for his Computer Security competition. 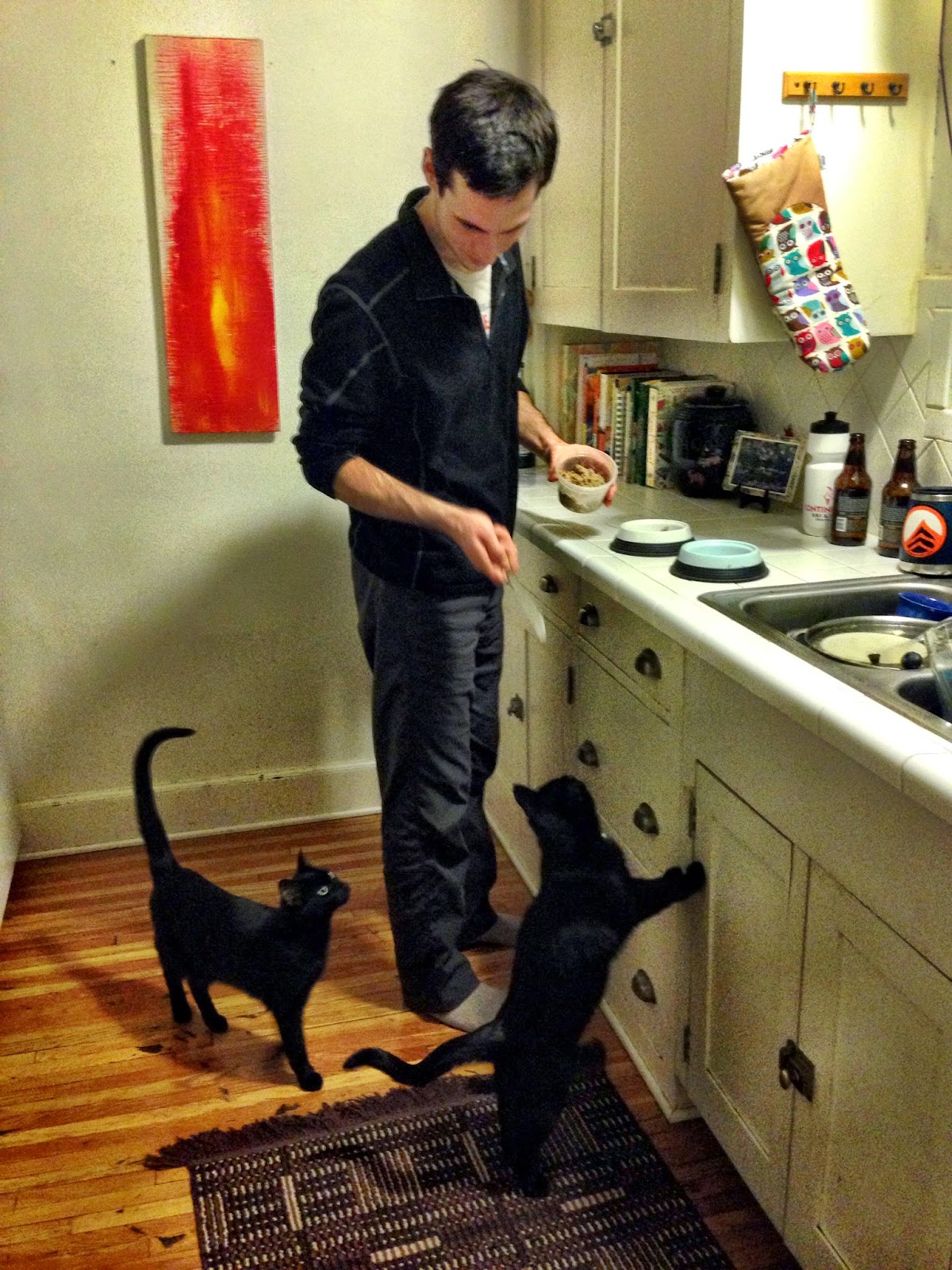 Yes, he's that big of a geek.  However, he's the type of geek one makes friends with because he can destroy my computer to levels that no one could bring it back from.  Or block my favorite websites, like Ravelry or Pinterest.  Or block cat videos from Youtube on our wireless.  You know the type.  Good thing he's on my side. :)  Notice that even the cats make friends with him.  Maeby eats far more of my stuff than Scott's.  Smart little girl...
Other than that, I'm waiting for the weather to not be raining and gross so I can go outside and start training for the 1/2 marathon.  It was raining all day today, and the not-so-nice weather man keeps threatening that it will turn to freezing rain tonight. 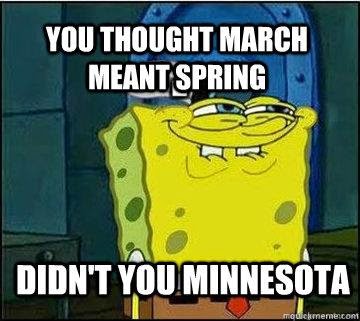 I'll admit, in my humble opinion, spring weather is the worst.  Everything's melting, so you can't really do a ton outside.  Ice season is over, rock season is not quite going yet, and I don't even bike commute to the dance studio yet or I would show up a blob of mud.
Not that my ladies would be the least bit surprised, but I like to try to be a good role model.  Or at least be clean.
Anyhow.
I'm going to close out this random post, go make a cup of tea, and finish a rather intriguing collection of essays on China.  I'll let you know how it is later.  Until then, cheers all. :)
Posted by Katie at 10:42 PM

I know the 3 topics in the title of your blog don't include geek super stardom, but is that all Scott gets is a couple sentences for what he did? :-)