I'm on Spring Break from my college this week, and boy has it been nice.
March started off crazy, though I did get moments of fun in there between dance, grading, and other stuff. 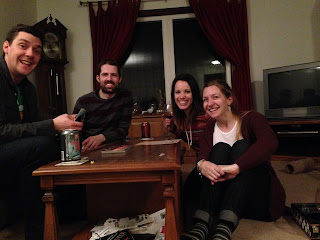 (Game night at boyfriend's house with my brother and his fiance!) 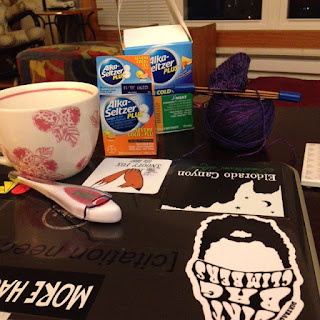 Unfortunately, I succumbed to the fever/flu bug for the majority of last week, which put things behind a little bit.  I actually had to cancel class and call in sick to dance, which shows you how bad it was... ;)  See that handwarmer?  I was sick enough that I didn't even have the brainpower to knit for like two days.
Luckily, it passed by the time the weekend came, and I even bundled up and went outside last Saturday for a bit of outdoor bouldering time! 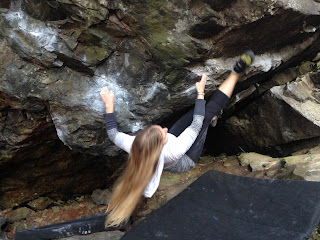 (Climbing low at Taylor's Falls)
The nice thing about getting over being sick is that I'm always more energized when I'm better, and with spring break this week, that means I've turned into a productive machine!  I've had time to get a bunch of grading done, clean and organize a little bit, prep and begin to execute my spring climbing training program, and get extra practices in for our first dance competition this weekend!
I even had time to finish a pair of Climber Handwarmers, which will be nice for staying warm since it's still snowy and chilly outside. :) 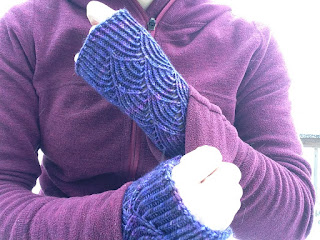 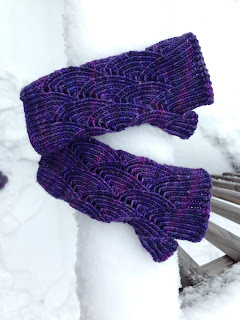 Mods: I did 10 rows of K1tbl, P1 to top these off instead of the 8 called for, and I did the bind of with Jeny's Surprisingly Stretchy Bind-off.
Worst Part: Yet another project where I could have finished it much earlier if I had actually worked on it a little more here and there.  That seems to be a pattern with my projects...
Best Part: This is one of the first times that I've made this pattern as a gift (twice, in fact!), loved it, said I should eventually make a pair for myself, and now I finally did!  It's magic!  And right now, when things are so crazy with dance and school, it's kind of nice to have a little something that's just for me. :) 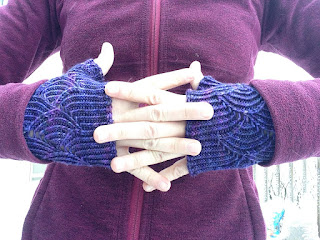 The last couple of days here of spring break are busy with dance and grading, but I also need to finish a certain Yeti present for a certain little boy that was born to one of my best friends YESTERDAY!  I'm visiting them tomorrow so they can rest a little today (apparently it was a little tough during the birth), so tonight I'm going to be completing his present so it's ready to go tomorrow!
For now, more coffee, more grading, and maybe even an hour at the climbing gym... gotta get in shape for summer!
Posted by Katie at 11:27 AM No comments: